In 1874 Benjamin Dunkerley arrived in Tasmania from England and decided to start a hat making business in Hobart. His skills as a hatter were backed by his ability to invent machinery, and soon after his arrival he had developed a mechanical method of removing the hair tip from rabbit fur so the under-fur could be used in felt hat making. Previously this task had to be done by hand.

In the early 1900’s Dunkerley moved the business to Crown Street, Surry Hills, an inner suburb of Sydney, setting up a small hat making factory.

In 1904 Stephen Keir I, who had also migrated from England, joined Dunkerley. Keir had hat making experience from England, and was seen as a valuable acquisition for the business. In 1905 he married Ada Dunkerley, Benjamin’s daughter and soon after was made General Manager. Since that time the hat making firm has been in the hands of succeeding generations of the Keir family. In 1911, the business became Dunkerley Hat Mills Ltd, and had a mere nineteen employees.

The trade name “Akubra” came into use in 1912. The increasing popularity resulted in the move to larger premises in Bourke Street, Waterloo and expanded production, especially of Slouch hats during World War I. Soon after all hats were branded Akubra. When Dunkerley died in 1925, ownership of the business transferred to Stephen Keir I. The business continued to flourish and when Stephen Keir retired in 1952 he was succeeded as Managing Director by his eldest son, Herbert. His second son, Stephen Keir II, served as General Manager and became Managing Director in 1972. His son, Stephen Keir III, became Managing Director in 1980. Another son, Graham, joined the firm in 1972, first as sales representative for Northern NSW and later as National Sales Manager. 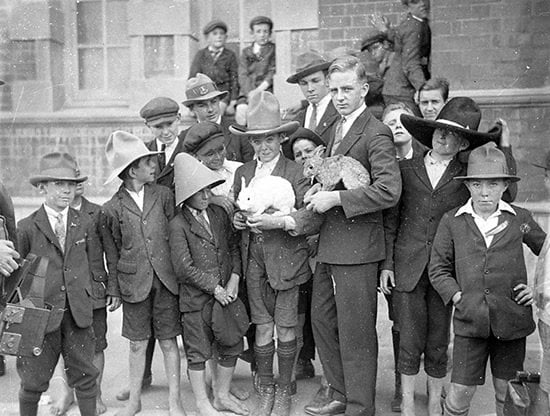 On 25th May 2012 Stephen Dixon Keir III passed away peacefully. He leaves behind him his wife (and former Director) Wendy, daughters Stacey and Nicola (who both currently serve as directors of Akubra Hats), son and Chairman of the Board of Directors Stephen Maitland Keir IV as well as seven grandchildren. So the family tradition continues.

The Akubra Hat Factory is now based on the mid north coast of New South Wales in the town of Kempsey, having relocated from Sydney in 1974.